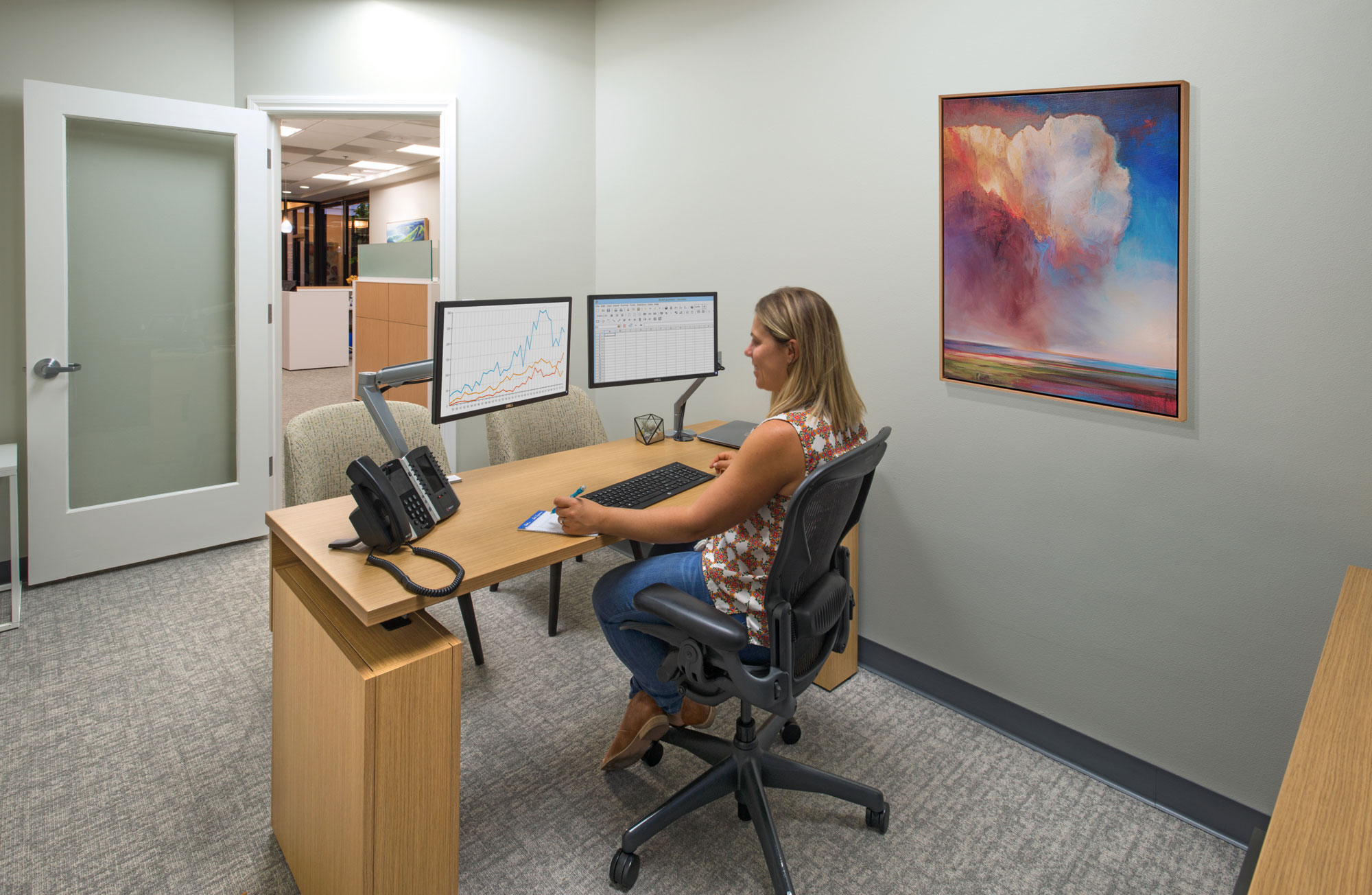 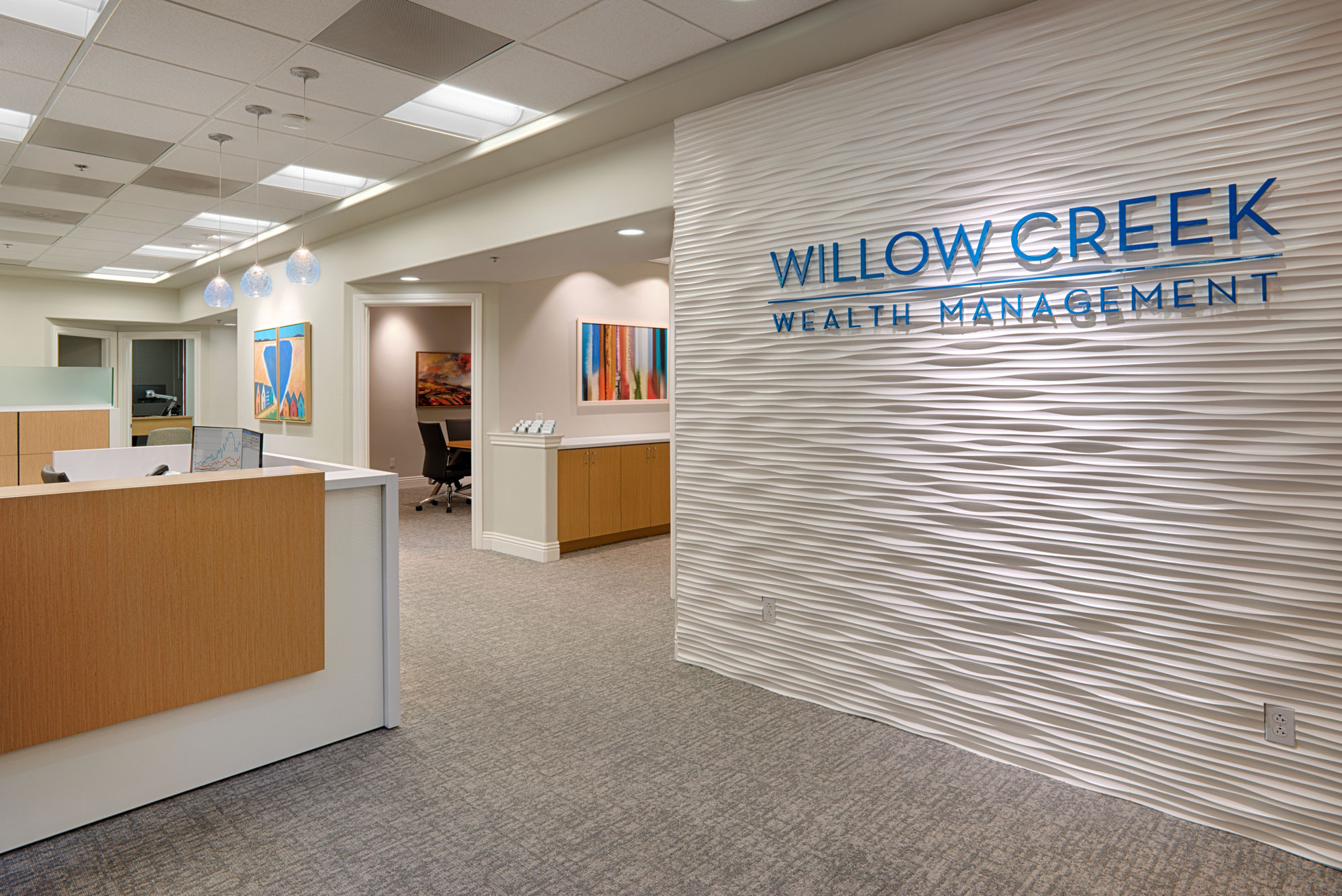 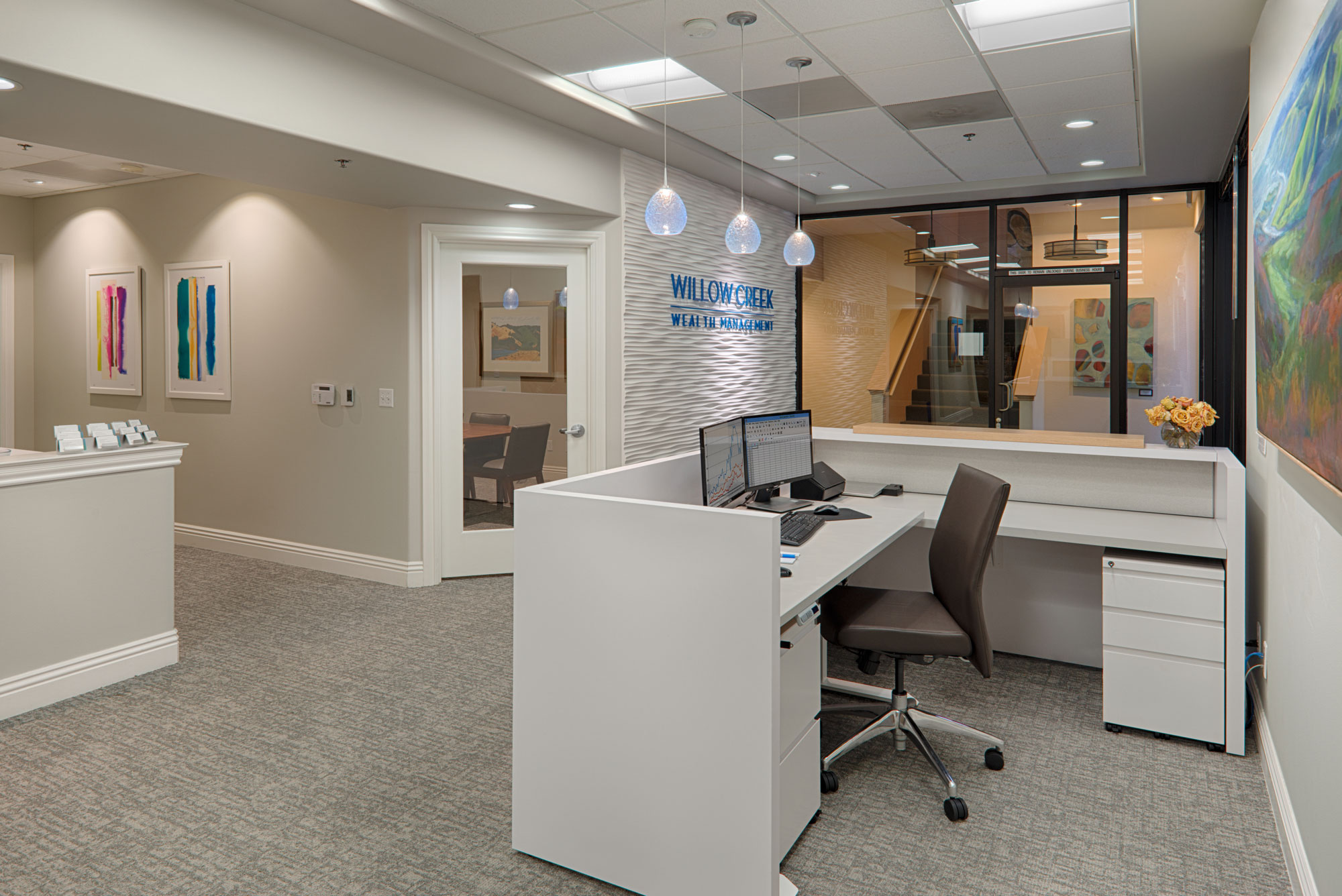 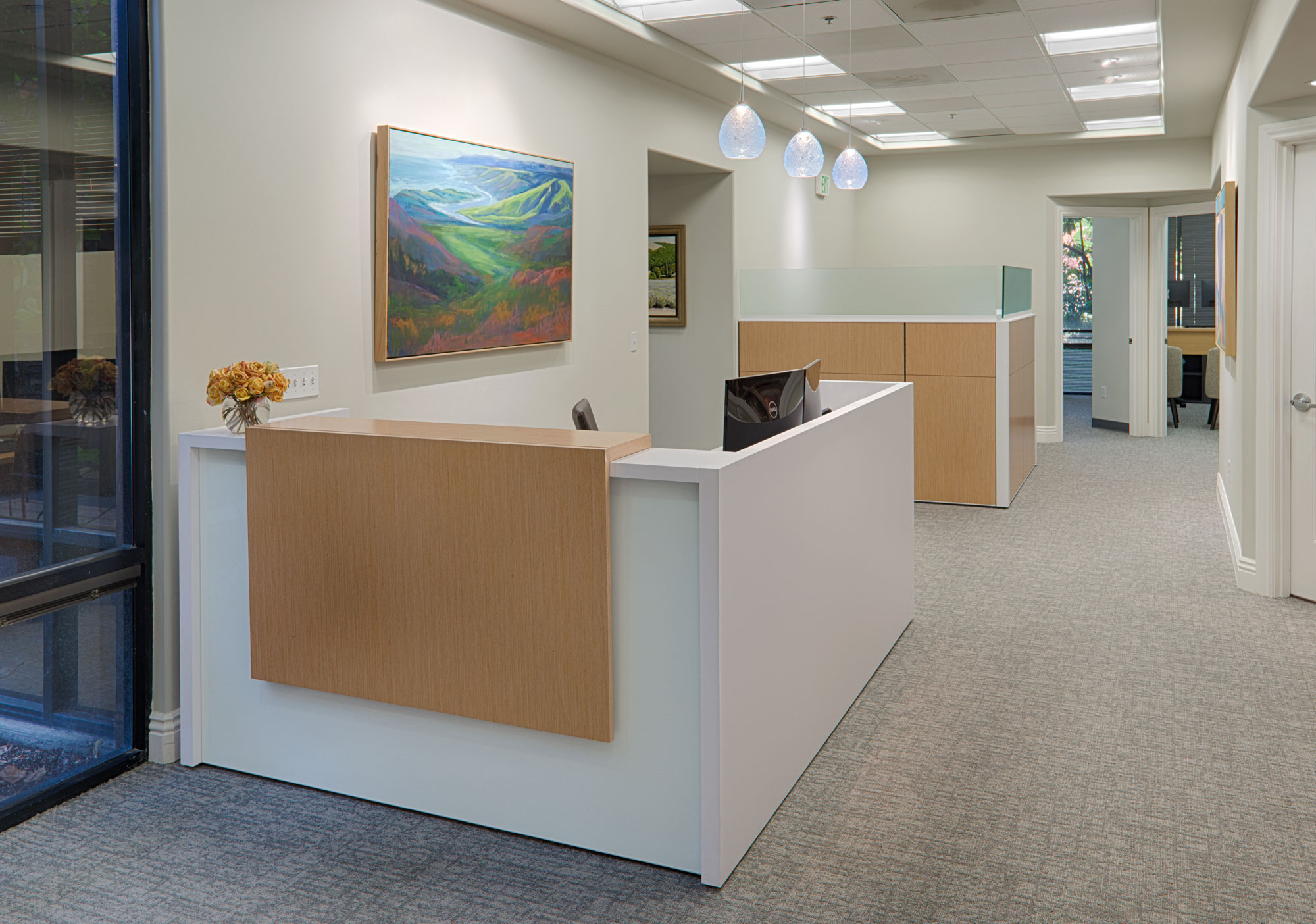 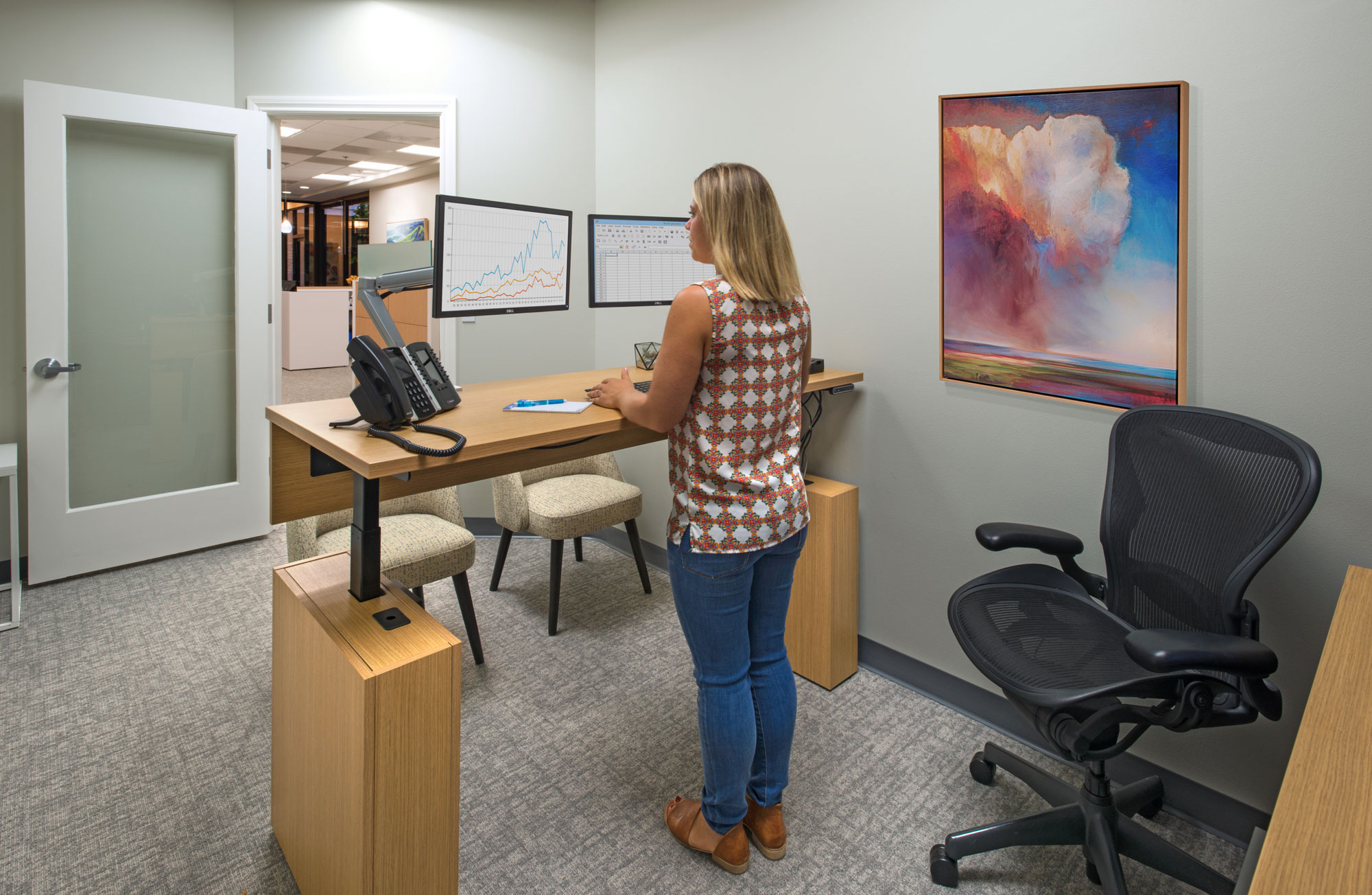 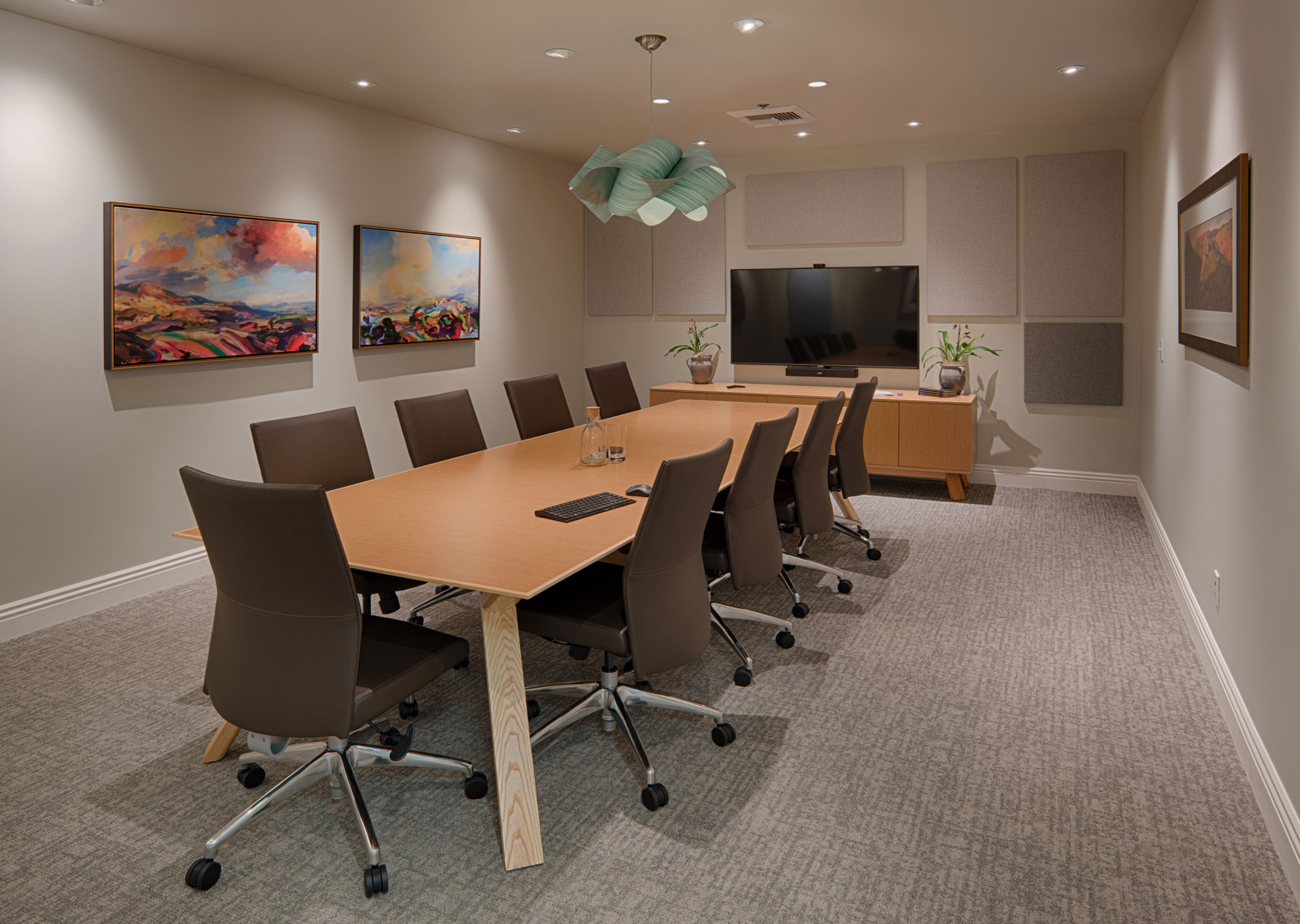 Willow Creek Financial is a financial investment company based in Sebastopol, California whose lease was coming up for renewal. The space was starting to look dated and was in need of a refresh. As part of the long-term lease negotiations, the building’s owner approved some upgrades. Willow Creek contacted Facilities by Design to help them determine which changes would make the building work better for them over the coming years and oversee the entire project.

Since there were two stakeholders — Willow Creek Financial and the building’s owner who was paying a portion of the bill — we had to create a design that incorporated the vision of the client, satisfied the owner’s concerns, and stayed within budget. While structural changes were considered initially, construction would be costly. Thus, the client chose a design around furniture solutions rather than construction.

Willow Creek challenged us to come up with a whole new look, one that would appeal to the company’s high end clientele and represent Sonoma County. Our space plan spanned the interior and exterior, as well as some common areas for the entire building. We selected paint, flooring, and artwork that would evoke a sense of place and feel modern and upscale.

It was a lot of fun to work with a local professional organization like Willow Creek Financial. Our projects are often in Marin or San Francisco; creating that refined look for a Sonoma County client was fun and seeing the finished results is really rewarding.