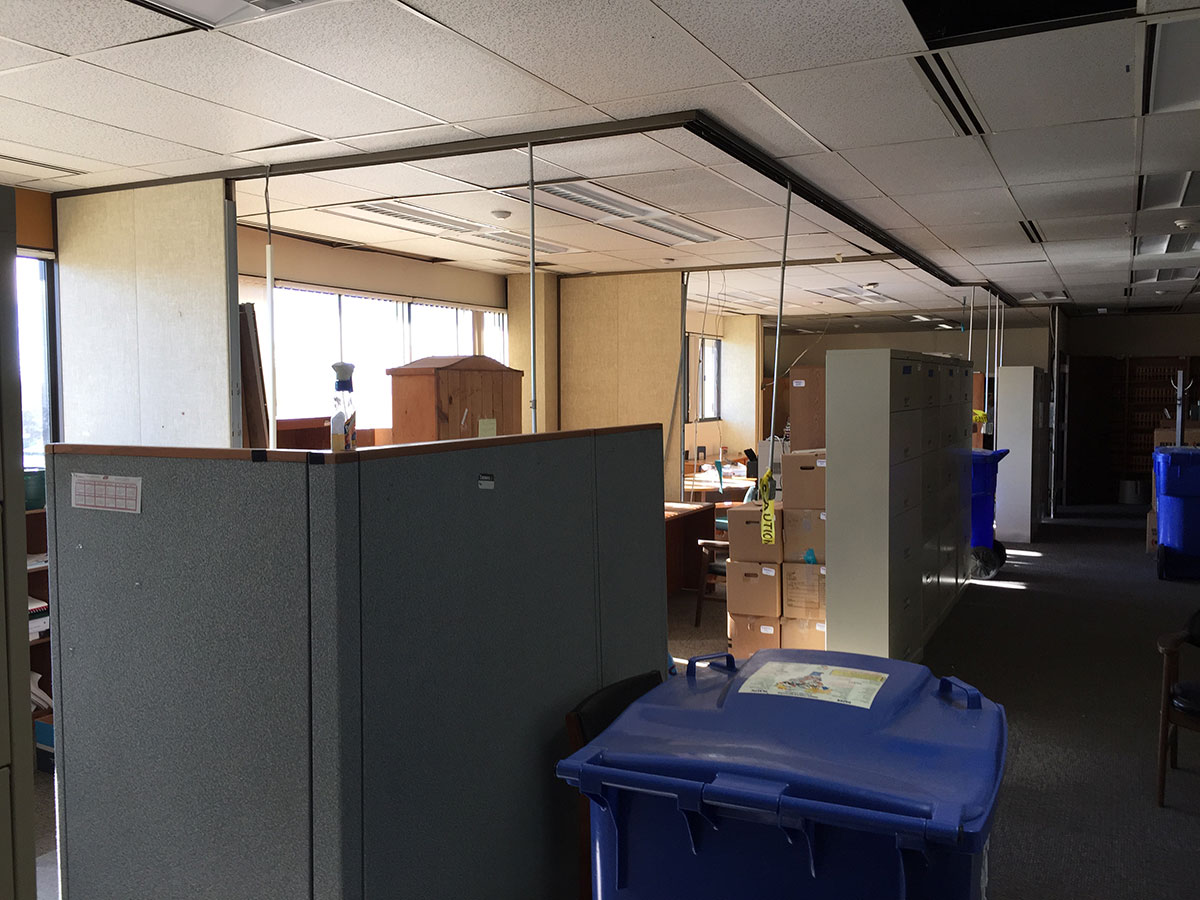 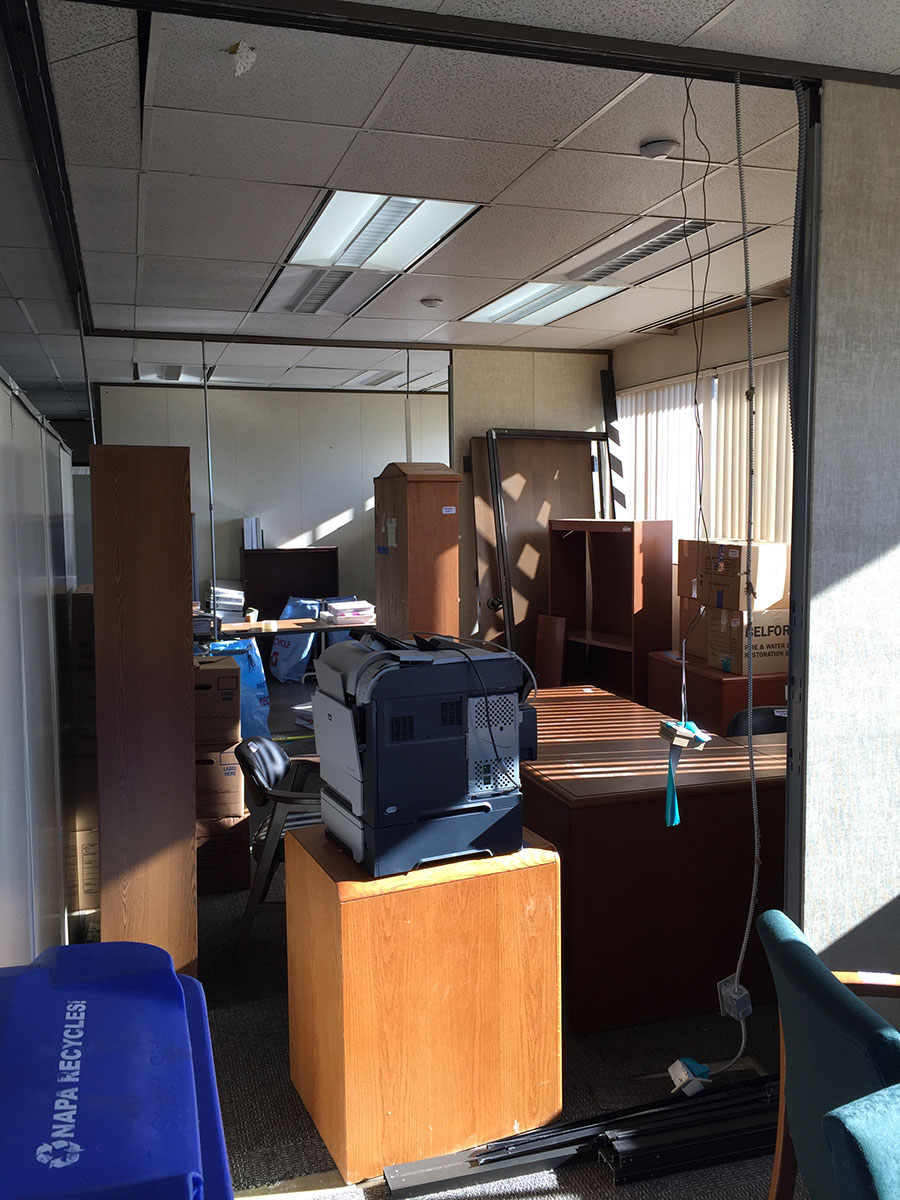 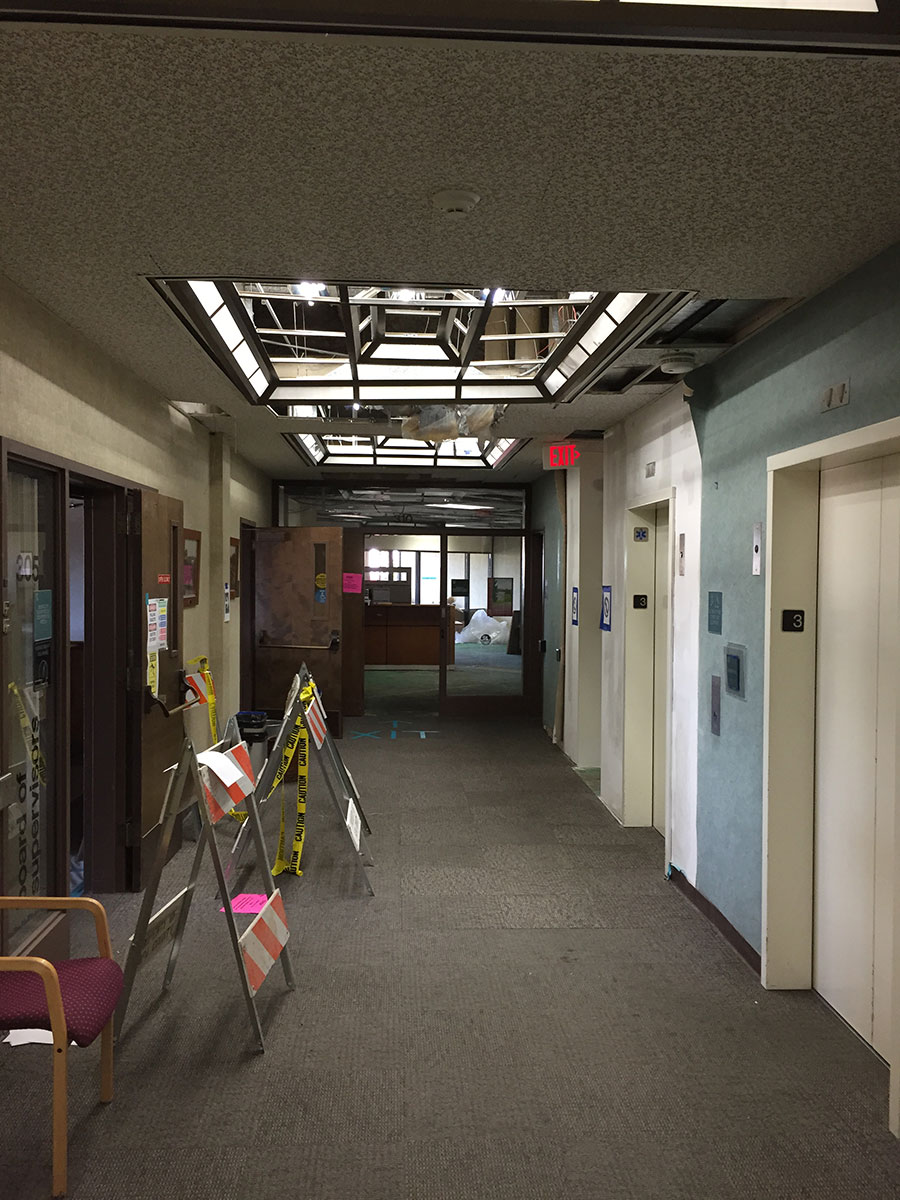 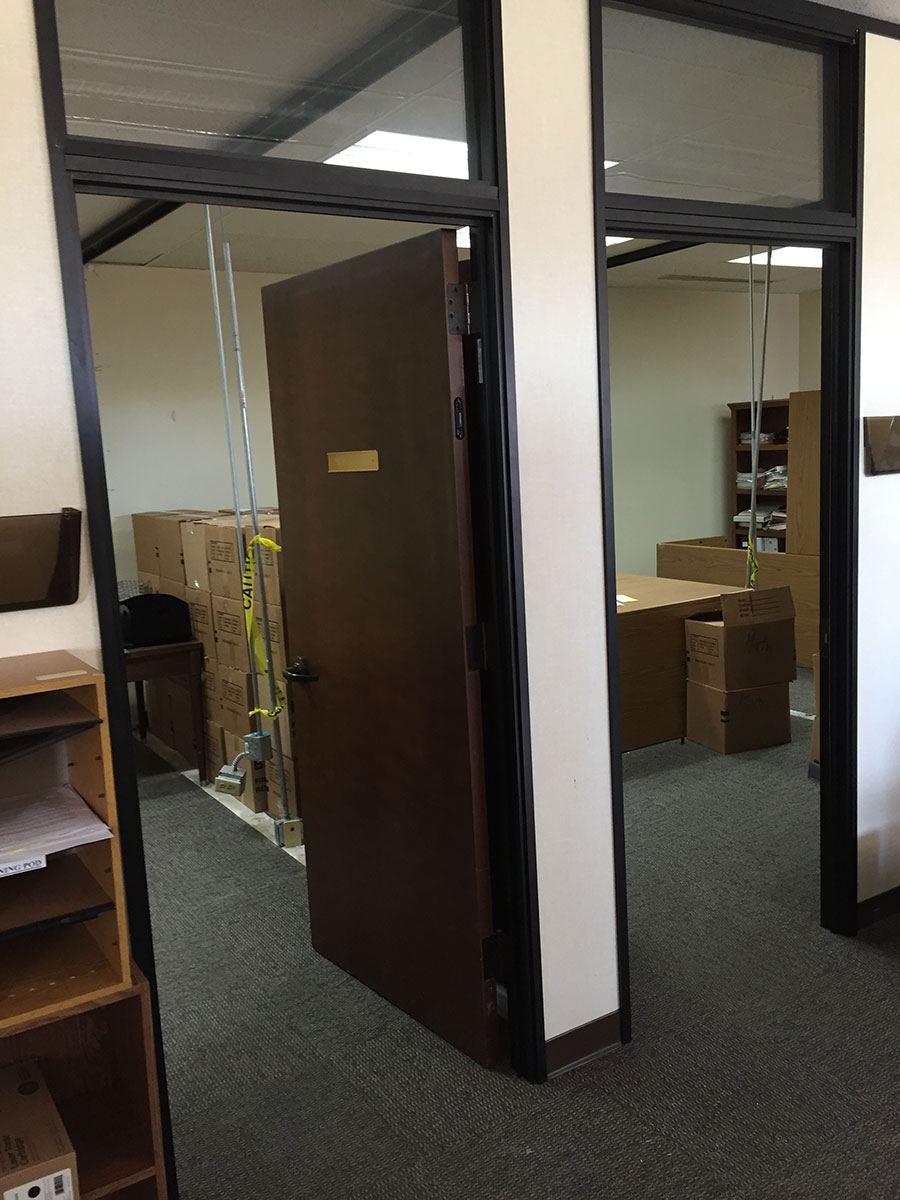 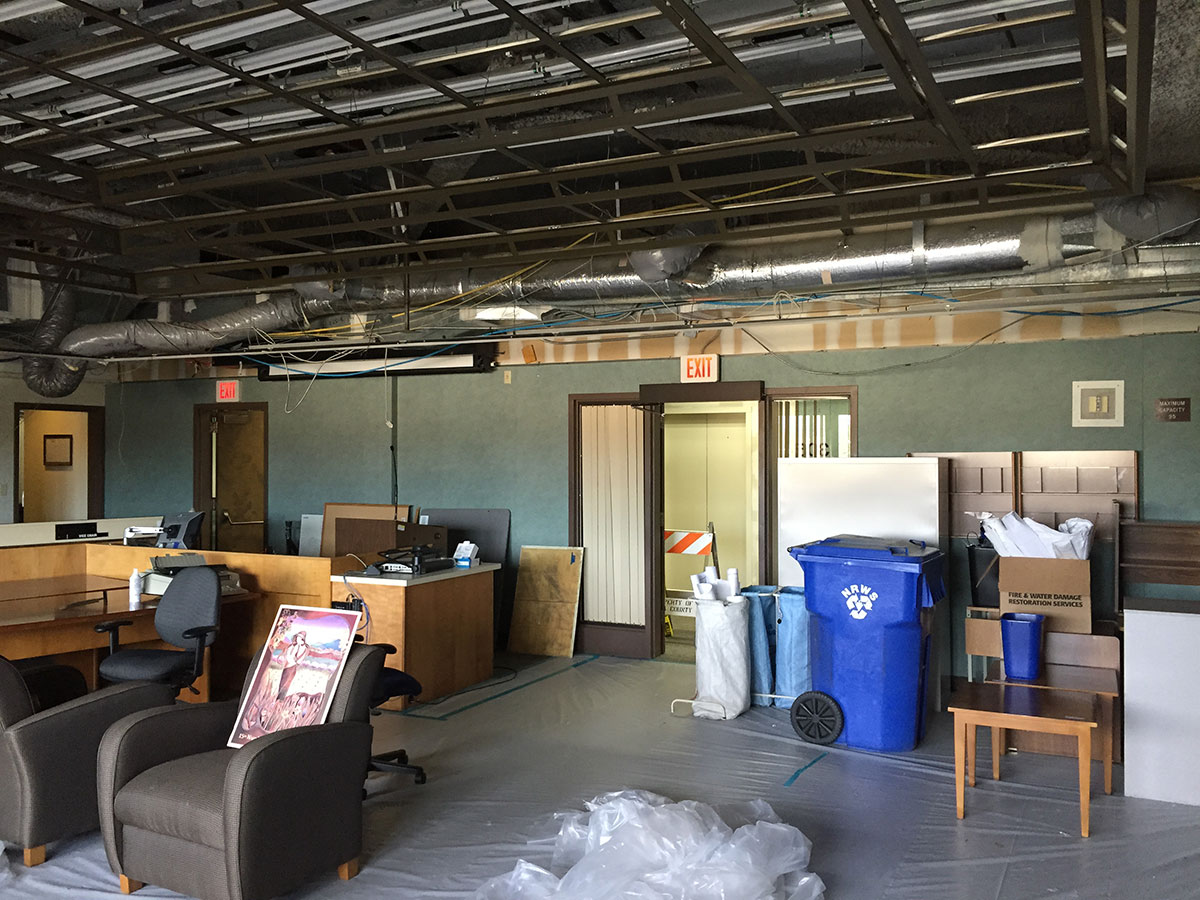 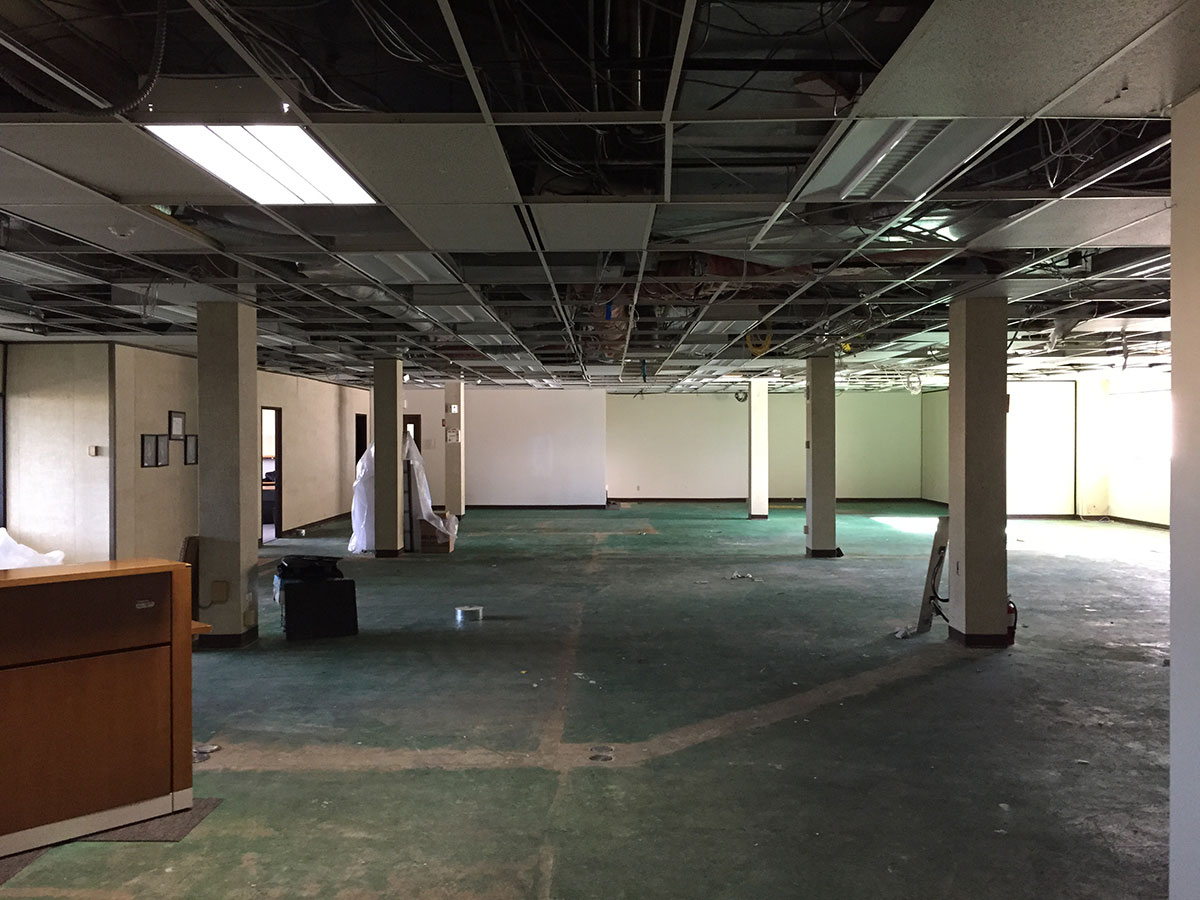 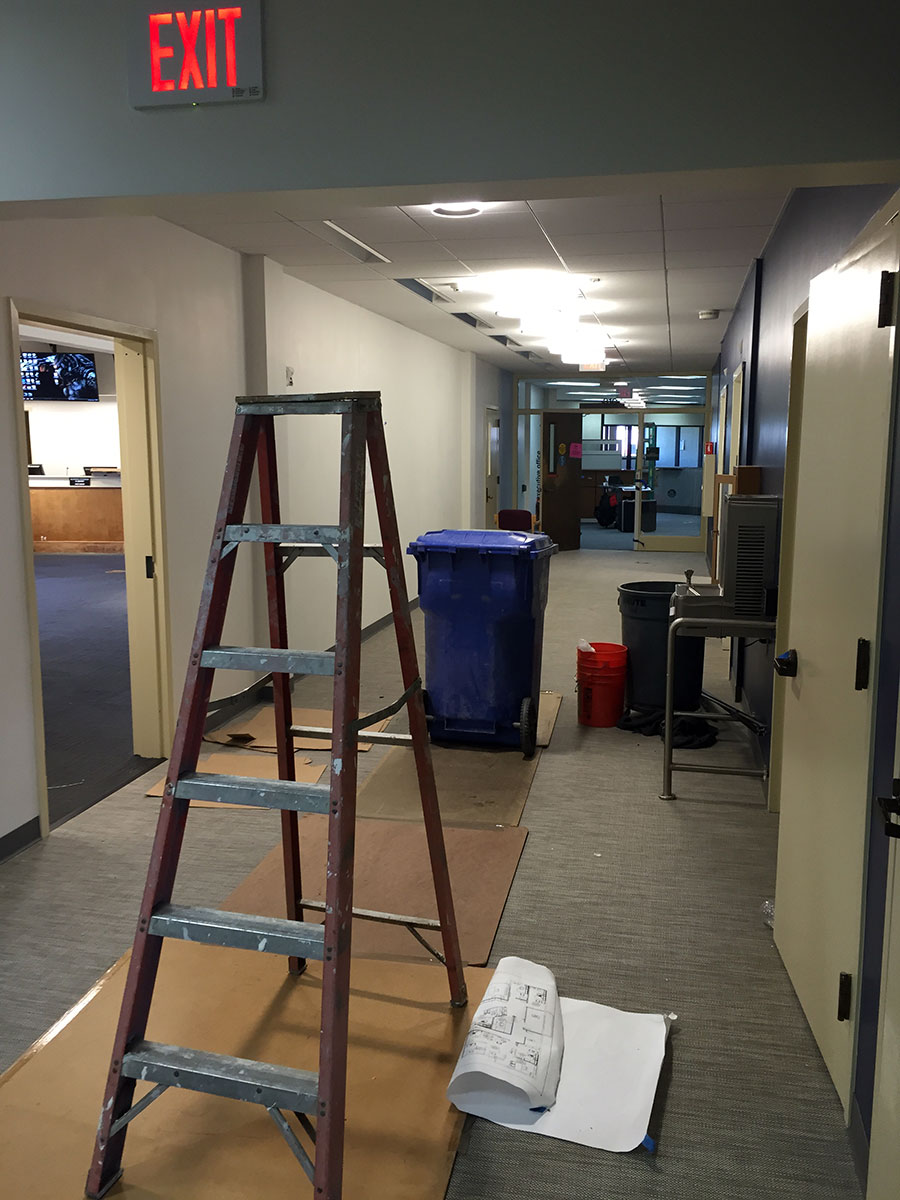 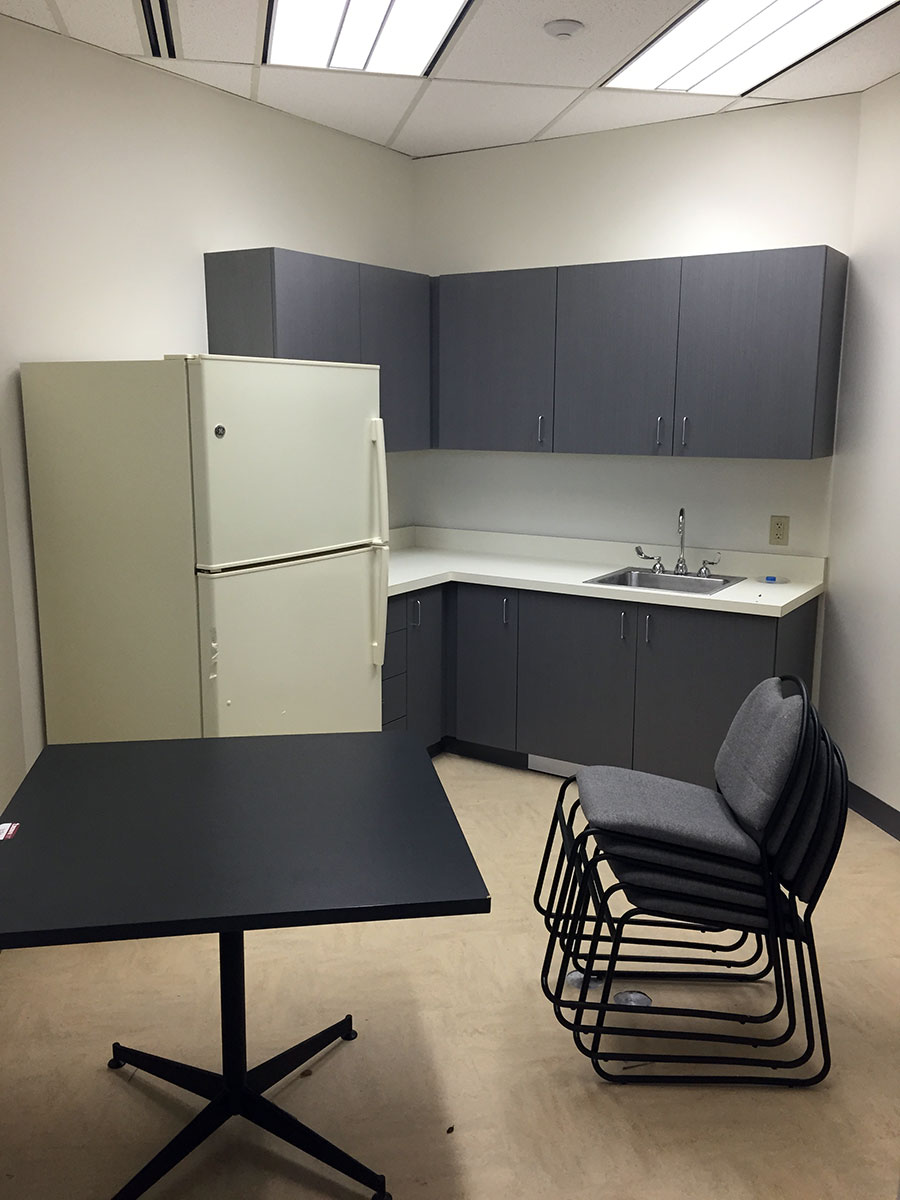 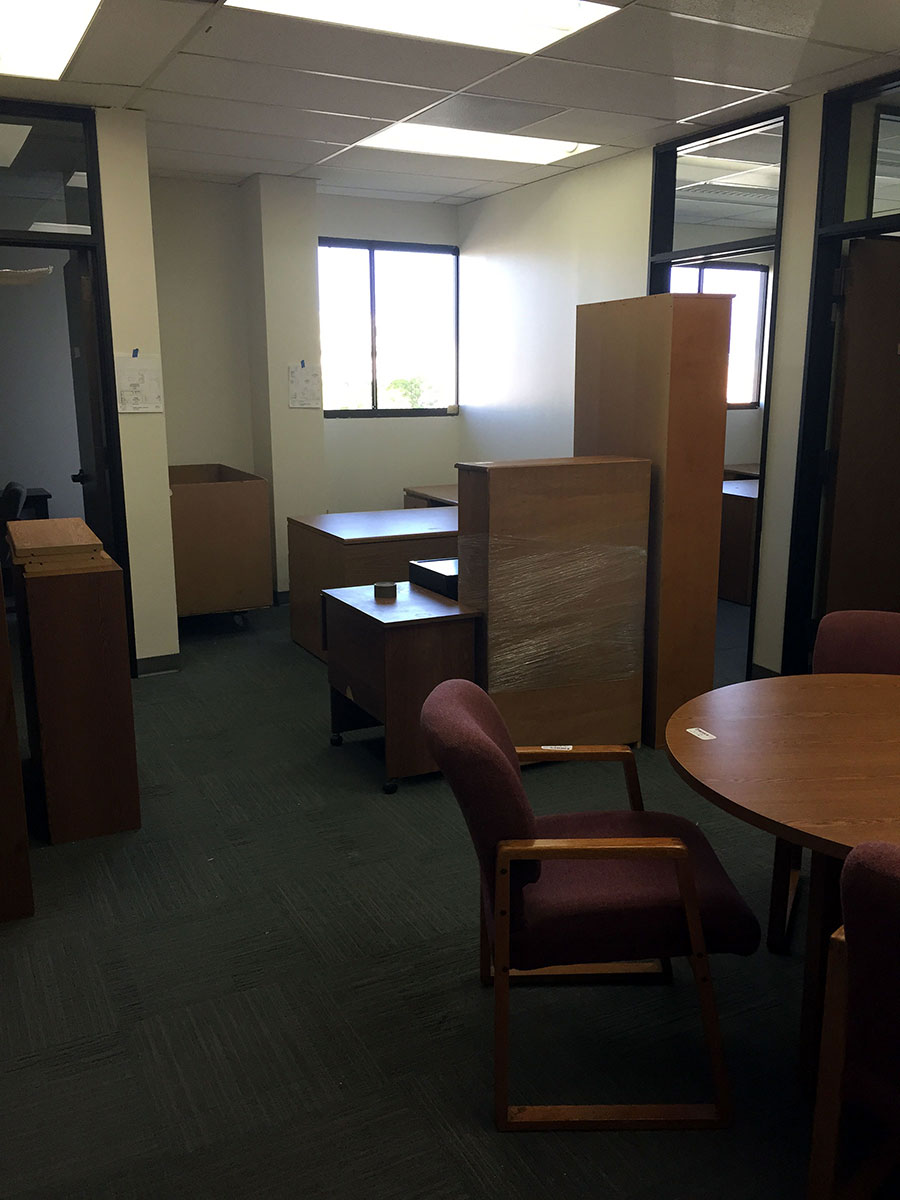 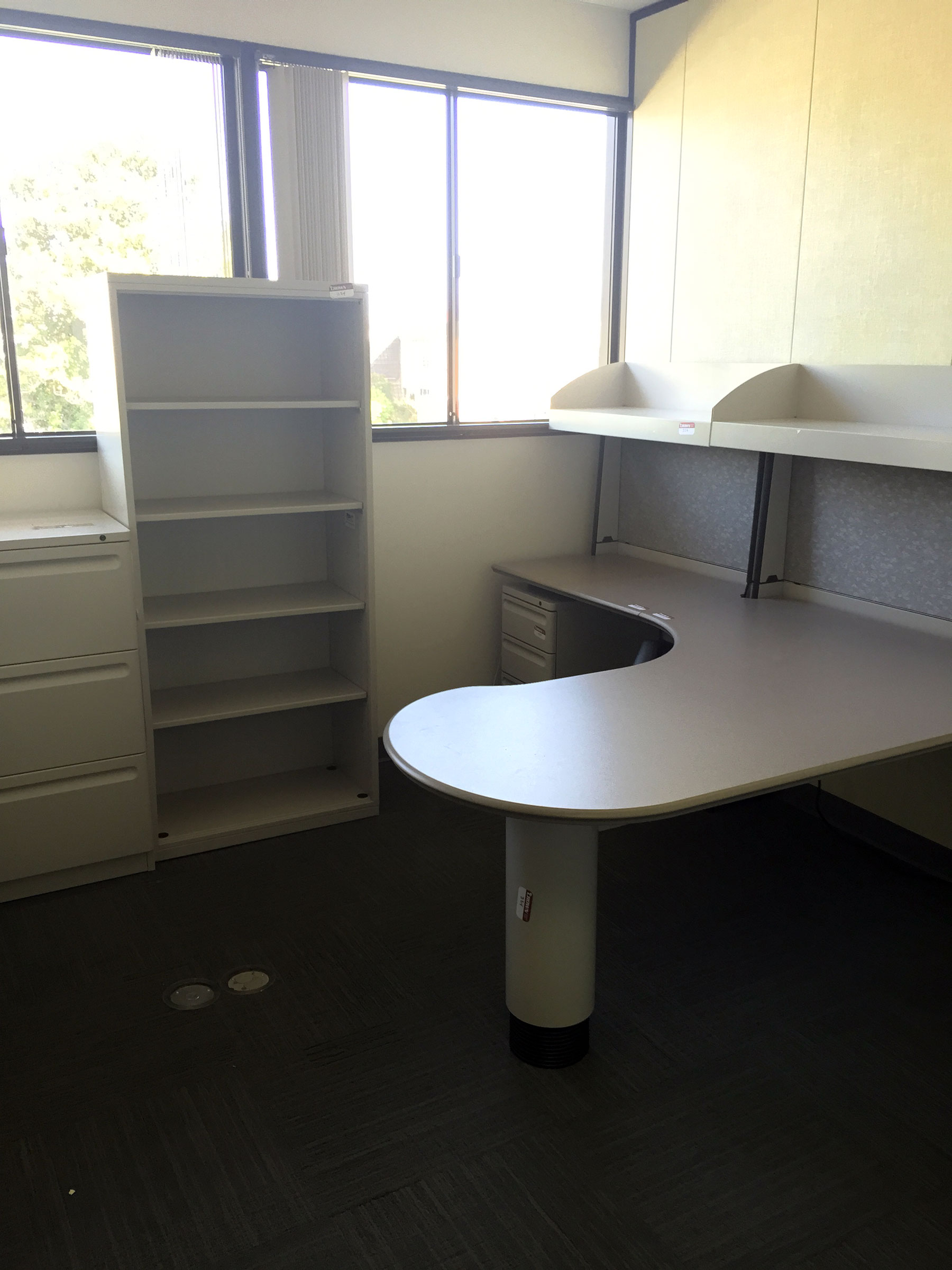 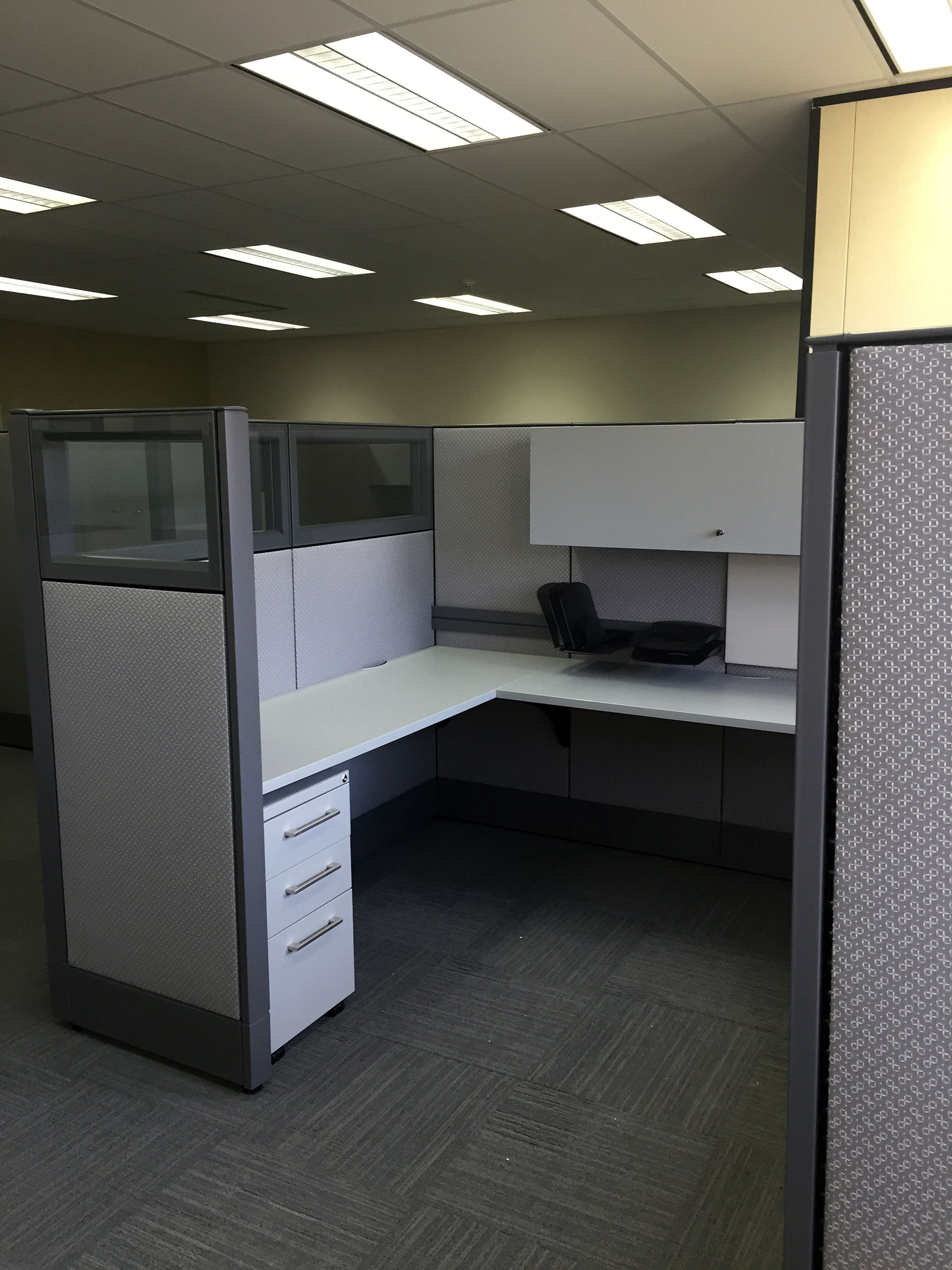 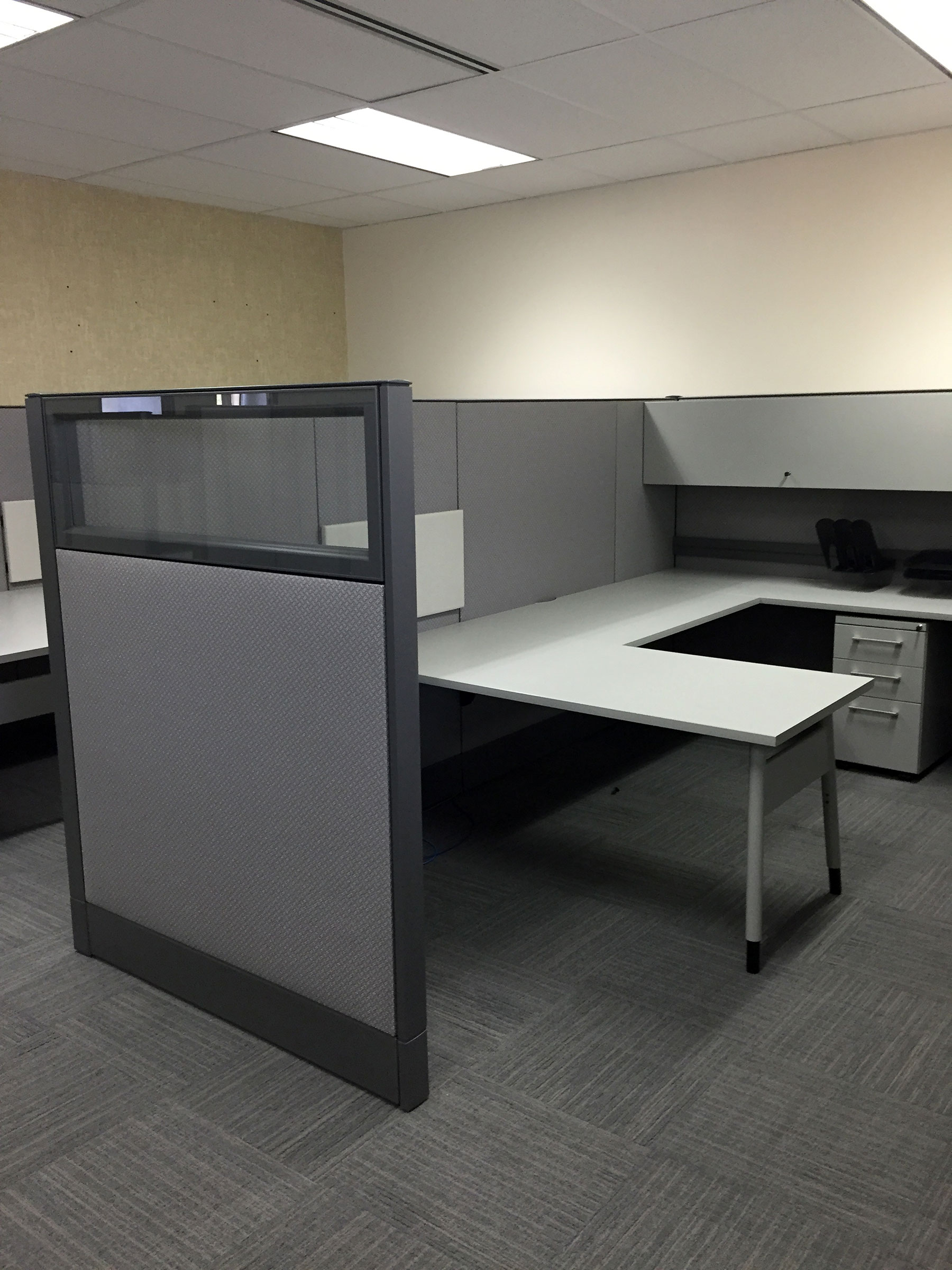 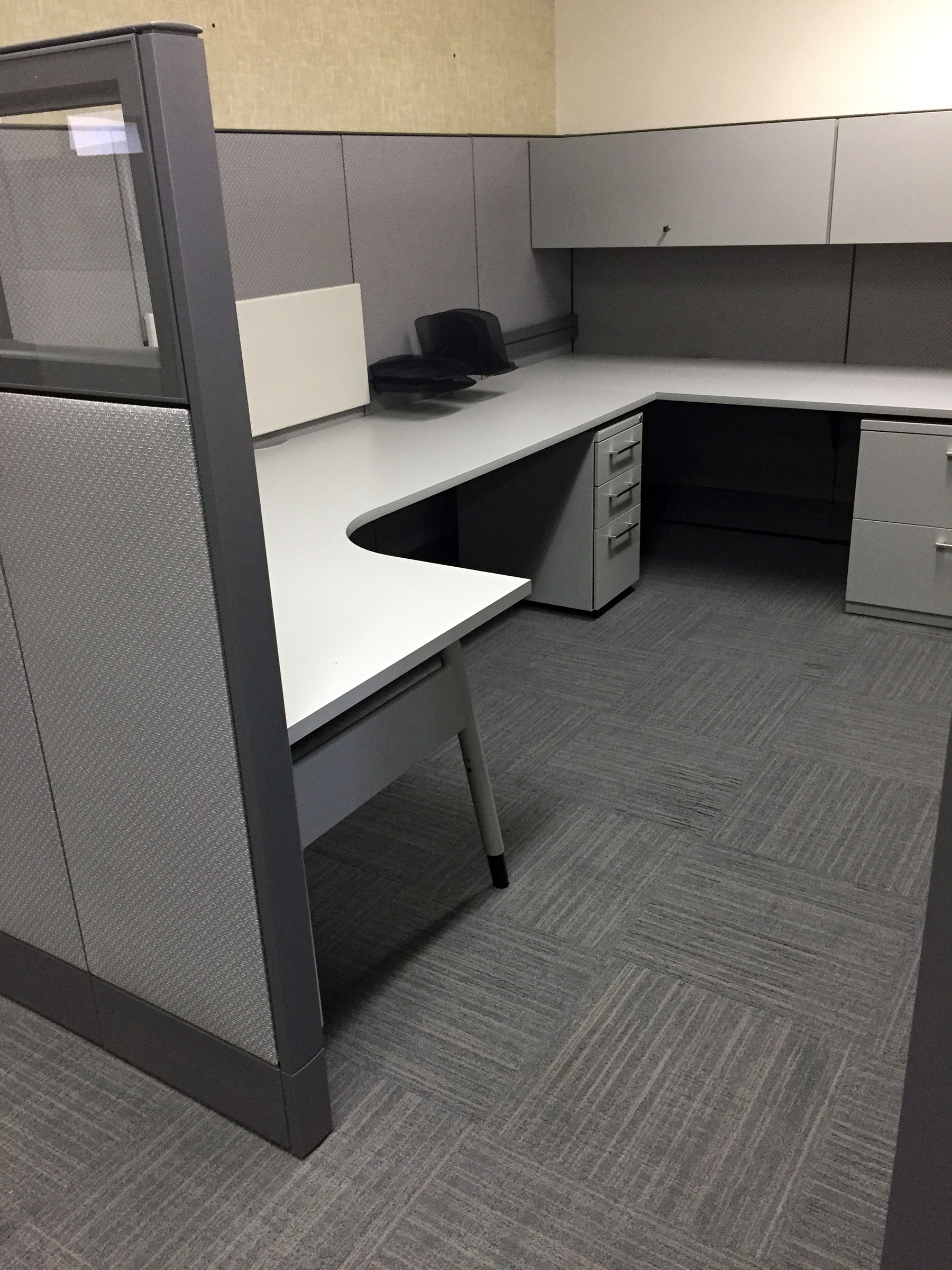 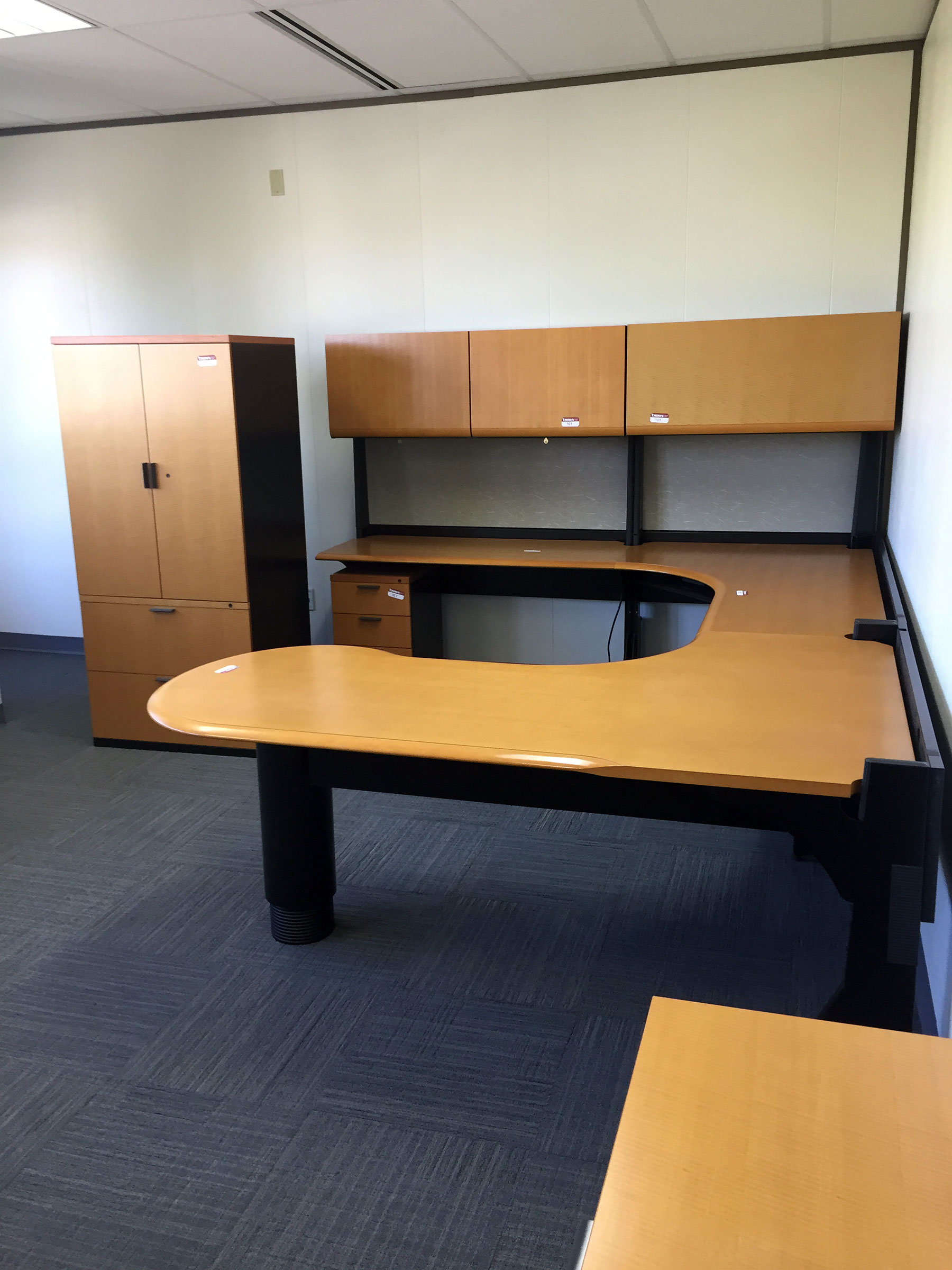 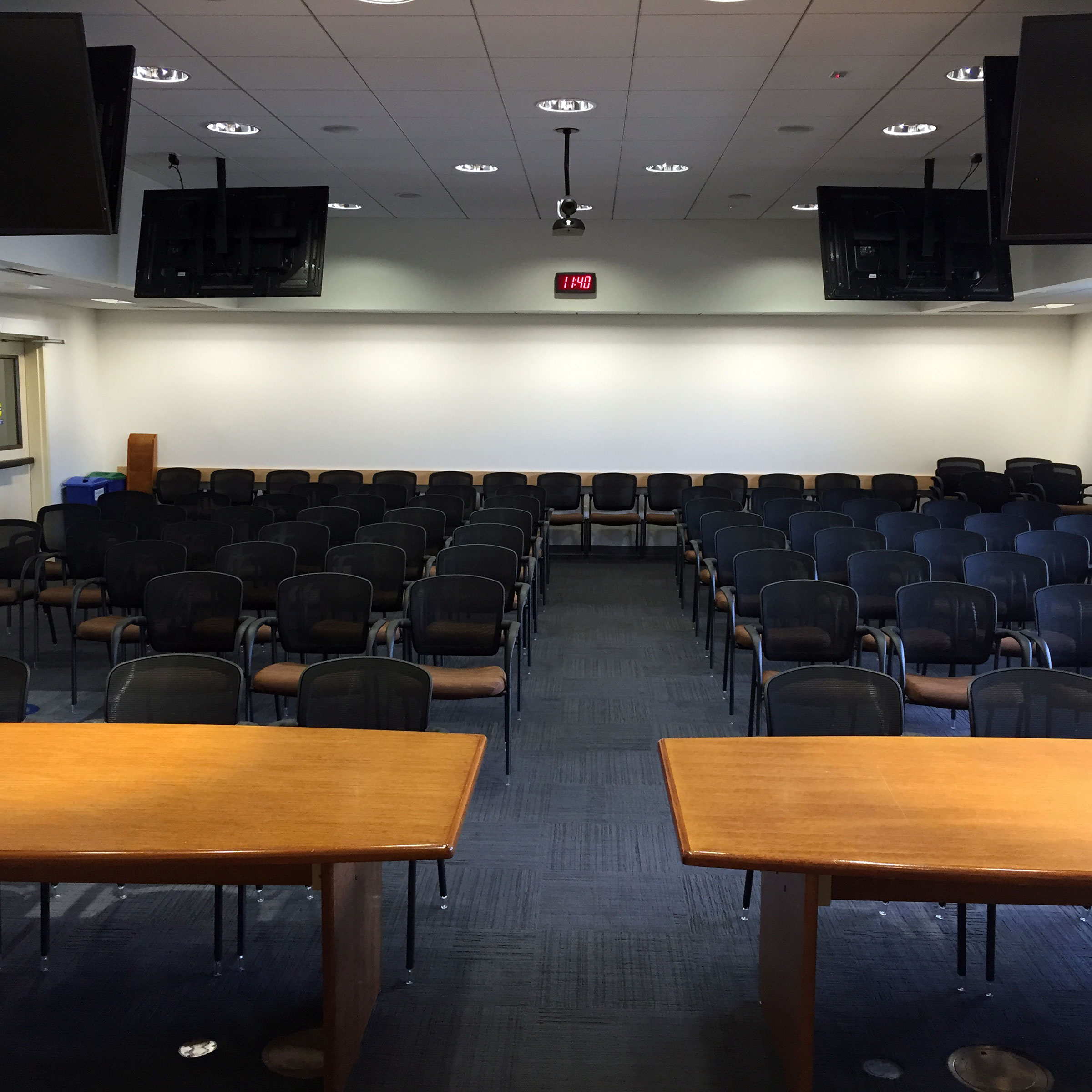 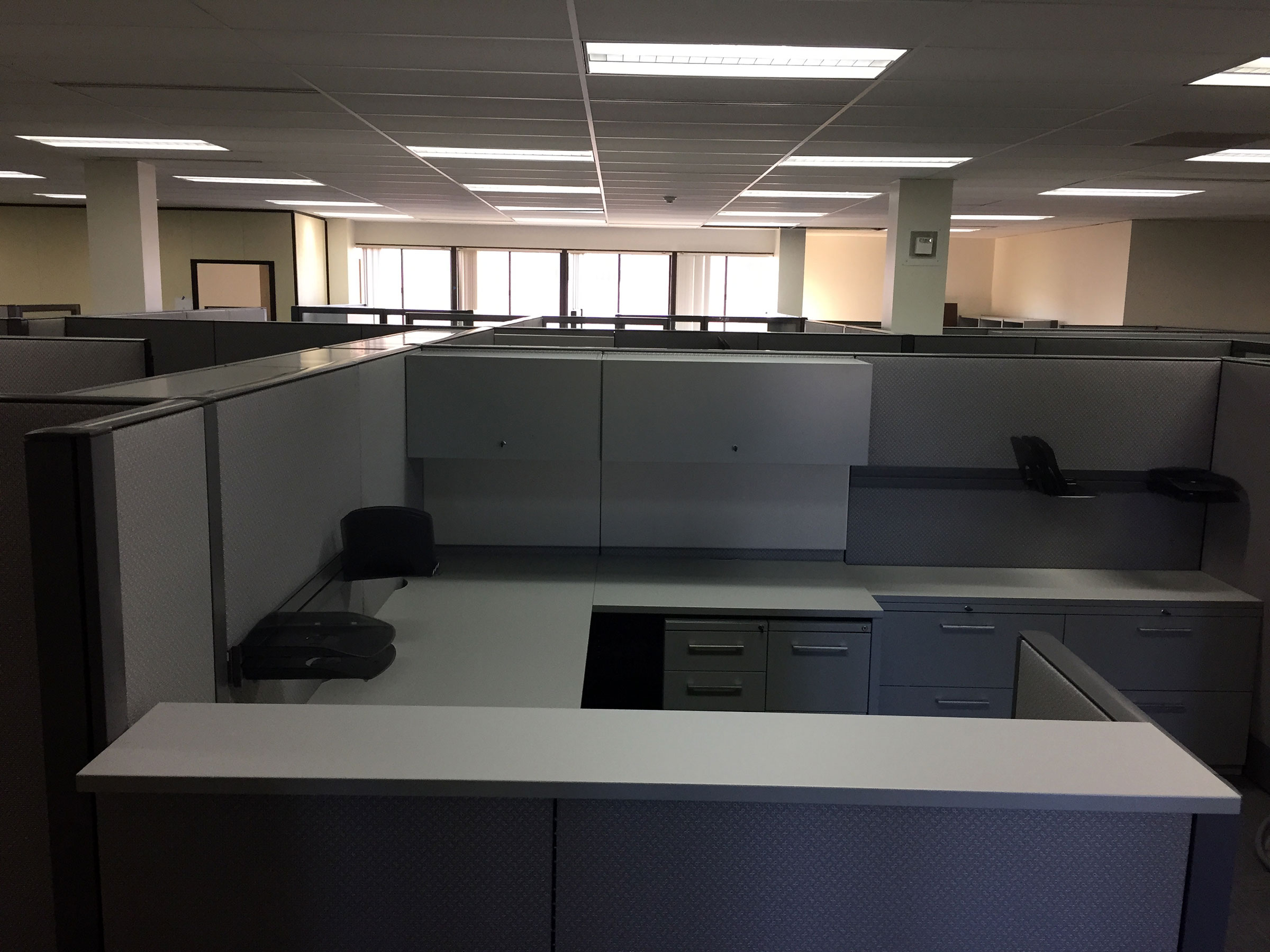 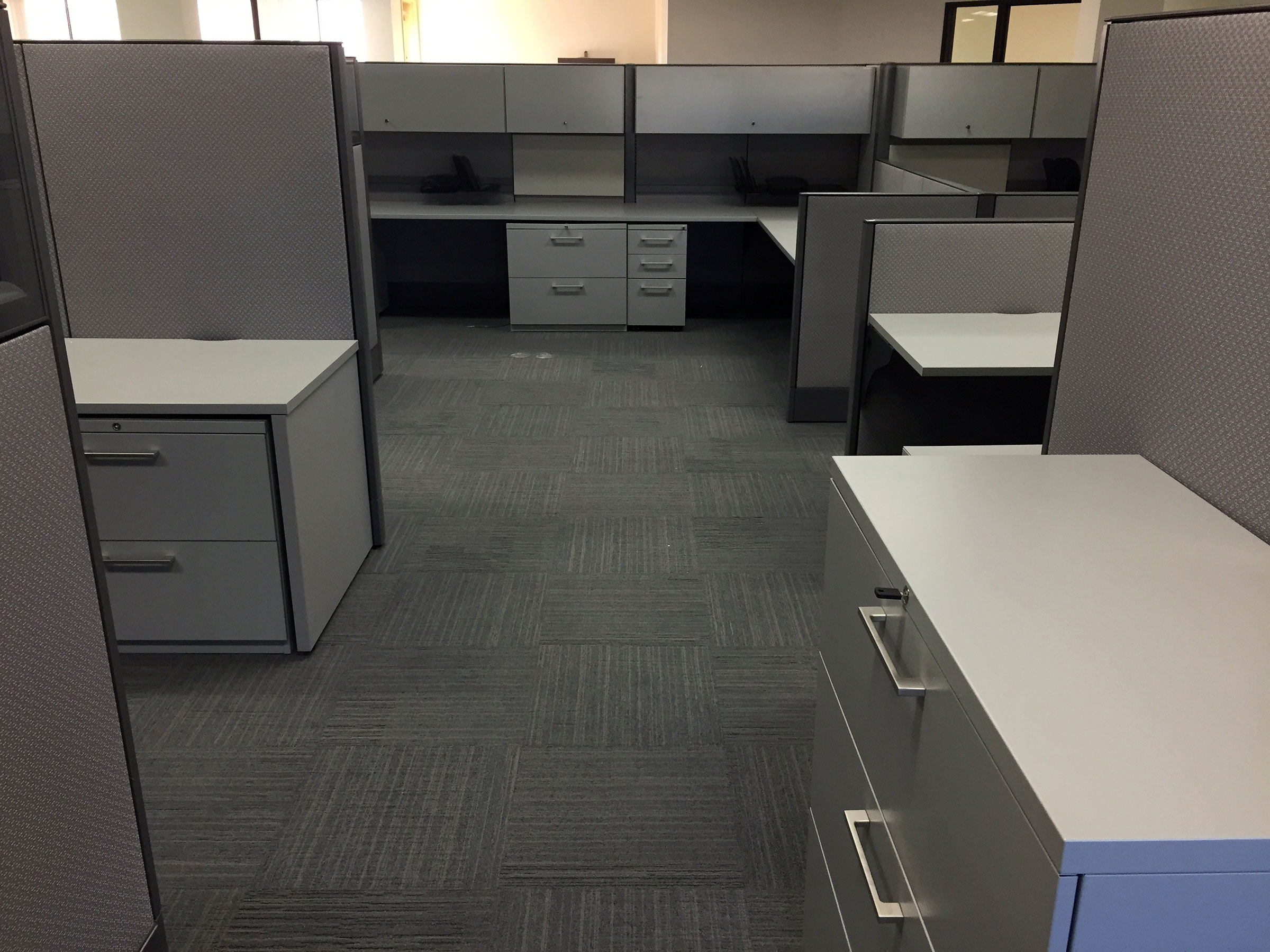 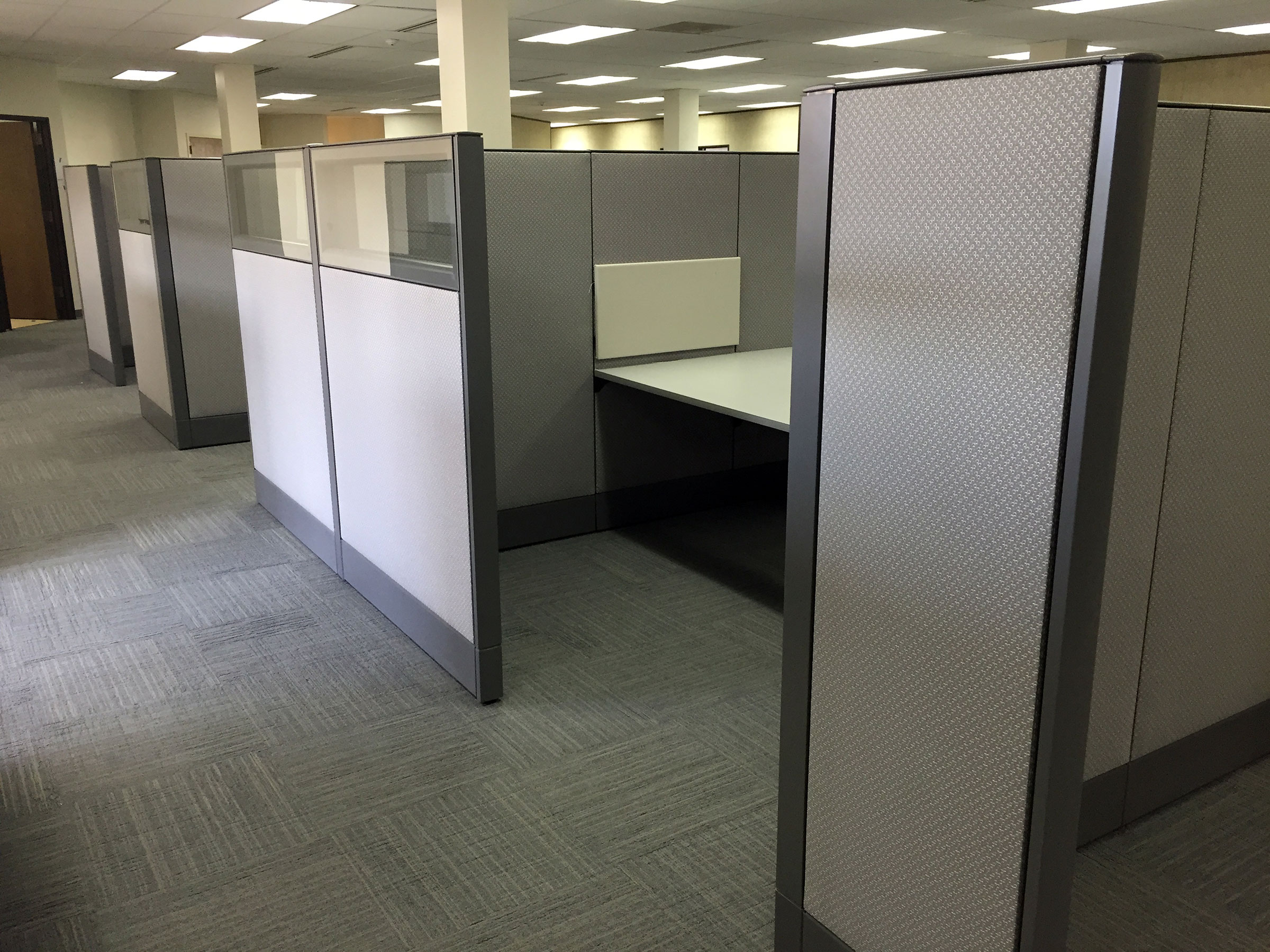 When a powerful earthquake struck the North San Francisco Bay Area in August 2014, it caused widespread damage across the southern Napa Valley — including the County of Napa’s administration building on Third Street. The third floor of the building, with offices for the county CEO, the city manager, all of the County Board of Supervisors, and County Counsel, sustained extensive water damage from the fire sprinklers along with collapsed ceilings and walls.

Having worked with us in the past, the county engaged us to restore the damaged third floor offices to their pre-earthquake condition. However, there was no record of the offices’ previous condition. We had to piece it together, almost like a forensic investigation.

After determining what the space looked like before and salvaging as much as we could, we created a furnishing plan, and sent it out to bid in a competitive bidding process for replacement.

The client initially wanted to furnish their interim office space with rented furnishings. We created a money-saving plan that furnished these leased office spaces with used furniture. We were able to use this furniture multiple times as several groups of employees cycled through the leased offices. Not only that, the used furniture will be installed permanently in the Hall of Justice, the last phase of the restoration project.

We are a Creative Commercial Design company specializing in office space planning, commercial interior design, and move management services. Our team excels in creating fun, functional, and productive work environments for our clients.

During our renovation I had the pleasure of working with Paula Stabler, Facilities by Design. Ms. Stabler was very attentive during the entire process and worked diligently to accommodate the constantly changing needs of our staff. Ms. Stabler brought fresh ideas to a tired space resulting in an excellent work area for staff. I would not hesitate to use Facilities by Design again on any future projects.”

As a small firm, Facilities By Design takes pride in listening to our clients needs, developing an in-depth understanding of their work environment, and working toward a customized solution to best suite the clients needs. Whether you have a brand new space or an older one in need of a facelift – we will work within your budget and time frame to create a design solution that exceeds your expectations.